CWG: Bostock to be assessed for 'no serious injuries' 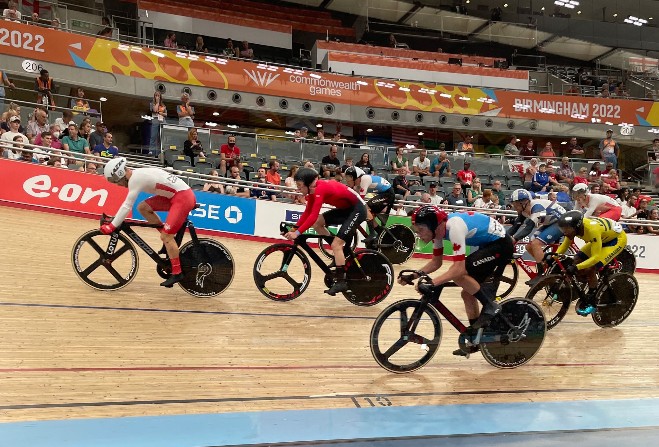 Bostock led the chase at the front of the pack with four laps remaining.

The Isle of Man Commonwealth Games Association has confirmed that Matthew Bostock has received an initial ‘positive prognosis’ following scans, meaning they are hopeful that he has not sustained any serious injury.

The 25-year-old will be further assessed by a specialist in a London hospital after his crash during the Men’s 15km Scratch Race qualification at Lee Valley VeloPark.

In the penultimate lap, Bostock was involved in a collision with a large part of the pack. Bostock, England’s Matthew Walls and Canadian cyclist Derek Gee were all injured and went to hospital for “precautionary checks”.

Two members of the crowd were also injured as a result of the crash. They received medical attention on site and did not need to go to hospital.

The statement from @IOMCGA reads: “A CT scan was undertaken, and the initial prognosis is positive. Matt is now being further assessed by a specialist to confirm that he has suffered no serious injuries.

“Team Isle of Man wishes to extend its best wishes to the other cyclists involved in the incident, in particular Matt Walls, and to the spectators who were injured and affected by the crash.

“We would also like to thank the medical team at Lee Valley VeloPark for their swift and effective actions in response to the incident.”

Bostock also received tests for any head injuries or concussion following the crash.

Canadian rider Mathais Guillemette was disqualified for causing the crash.