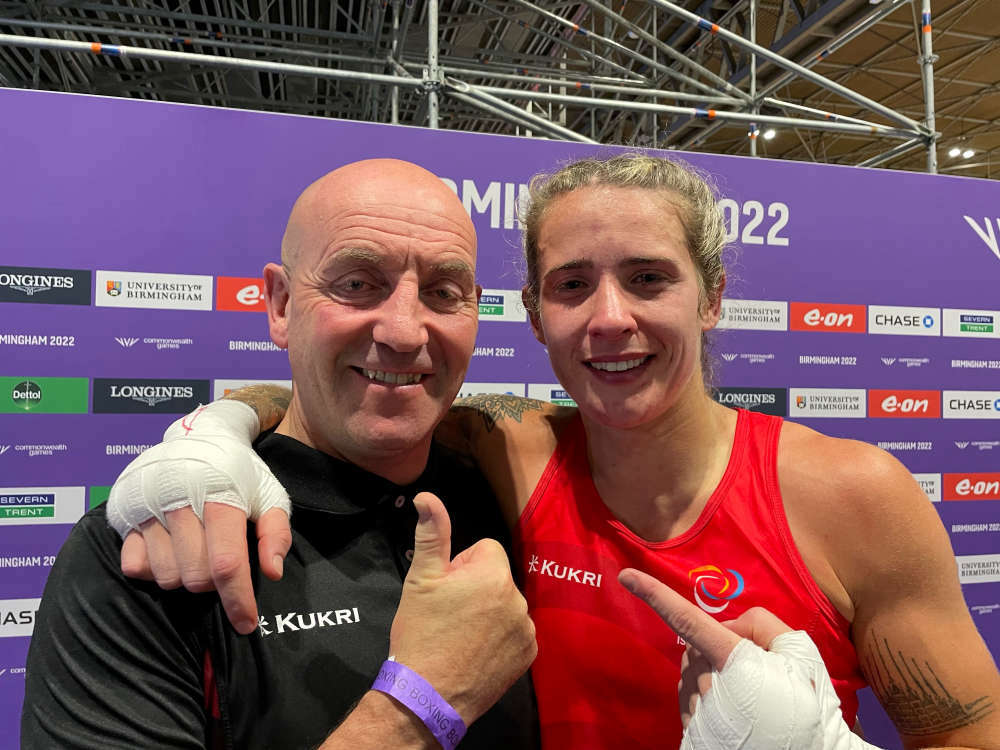 Fighting display put out by Manx athlete against English opponent

Team Isle of Man's Jade Burden has put out a battling display in the boxing ring today but been beaten on points by England's Gemma Richardson.

Burden took the fight to her high-calibre opponent, leaving everything she had in the ring.

However, Richardson will go through to the semi-finals via unanimous decision by the judges.

Scores were close after the first round, with all judges scoring 10-9 to Richardson.

Then in the second, Richardson caught Burden flush with a good left hand, and whilst Burden didn't go down, it was a heavy enough strike for the referee to begin the count, with Burden recovering to continue after a few moments.

Burden continued to push with everything she had in the third and final round.

However, Richardson held firm to take the contest and progress to the semi-finals come the final bell via a unanimous points decision.

Jade's told Manx Radio's Rob Pritchard she's proud to be from the Isle of Man and hopes she can inspire young Manx women in the gym: