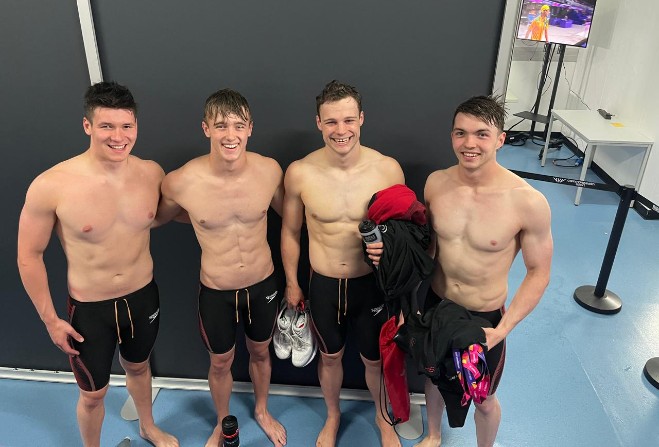 The Manx Men's 4 x 100m Freestyle Relay team are through to the final after a record breaking heat this morning.

They finished 4th behind Australia, England and South Africa in the second heat this morning.

During the same race, Joel Watterson smashed his own Manx record for 100m Freestyle by more than a second with a time of 50.65.

The final is tonight at 9.43pm at the Sandwell Aquatics Centre.

The Manx lads will be swimming in lane 1.

The guys spoke to Elliot Turnbull: