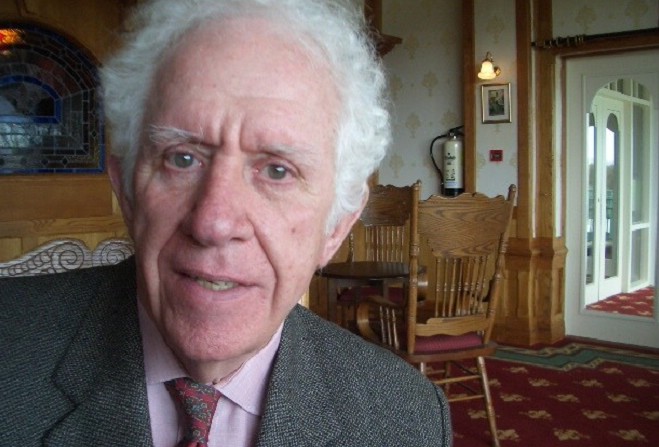 He was 87 and had been ill for some time.

In life and in death, Mr Gubay was a colourful character.

A Welshman, born in Rhyl to an Irish mother and Iraqi Jewish father, he began his business career in North Wales selling non-sugar sweets during  confectionery rationing in the aftermath of World War Two.

It was the trigger which ultimately led him to make his fortune through Kwik Save supermarkets and the Total Fitness gym chain, building it further on investments, mainly property development.

That included the development of the Mount Murray Hotel in Santon, the village where he had lived with his second wife Carmel since the early 1980s.

He lived in Greeba before that.

Controversy was never too far away – in 2004 he challenged a local computer technician and part-time performance poet, the late Roly Drower, to disclose his sources in a David v Goliath libel battle.

His business relationship with his advocate Peter Willers also soured in recent years and led to an unresolved court battle.

Over the past decade, he donated money to help talented young Island students, both in education and in sport.

And in 2011 he received a Papal knighthood, in recognition of his decision to give away half of his fortune to the Catholic Church.

His life and legacy also includes a multi-million pounds business empire he placed into a trust, to be passed into a charitable foundation on his death.

The Derwent Group, which he founded, says staff were told of his death this morning with the greatest of sadness and their thoughts are with his wife Carmel, his children and grandchildren.

Mr Gubay passed away at his home in Wilmslow in Cheshire late yesterday afternoon surrounded by close family.