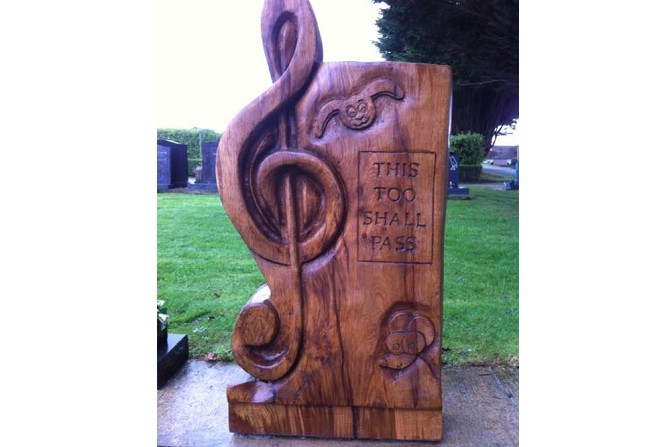 Singer's remains could be relocated to Wales

A former Islander claims he’s been given 28 days to remove his late wife’s gravestone from a Lonan churchyard.

Singer-songwriter Katherine Crowe passed away three years ago and was later buried at All Saints Church in the parish.

Her grave is marked with a wooden carving which features a music symbol and two characters from a children’s book Kath wrote shortly before her death.