On Air Night Flight | Midnight - 5:00am
Rachel Stevens - I Said Never Again (But Here We Are) Download 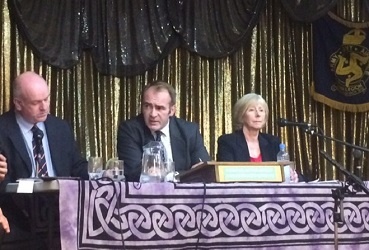 Well over 500 residents watched the three candidates for the next chief minister taker part in public debate last night (Mon).

The Manx Legion Club in Douglas was filled to capacity - whilst a further 300 watched it on a live online stream.

Island media provider MTTV streamed the proceedings via the Periscope app for Apple and Android devices.

Tynwald votes to elect the next chief minister today - with the successful candidate requiring an absolute majority to take the top spot.

These attendees gave Manx Radio their views on the evening: