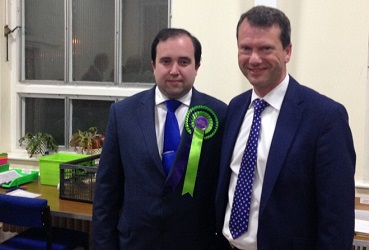 One of the night's biggest upsets unfolded in Douglas North, where stalwart backbencher John Houghton lost his seat in the Keys.

He's replaced by Douglas councillor David Ashford who topped the poll with 1219 votes - he'll be partnered by Ralph Peake, a close second, who continues his career in Manx politics, after gaining the seat at a by-election last year.

Mr Houghton, currently suspended from Tynwald for refusing to apologise to a staff member he'd bullied, is now in the political wilderness.

Mr Ashford, MHK for Douglas North at the second time of asking, had a strong message for the people of the area: