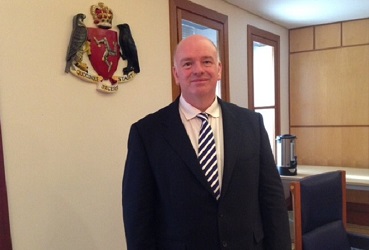 The Island's new chief minister says he will appoint his cabinet within a week - and is promising an inclusive and open leadership style.

Howard Quayle secured the top job in Manx politics in a vote in Tynwald yesterday, his official appointment then confirmed by the Lieutenant Governor.

Mr Quayle has promised to produce a five year programme for government and circulate it to the Manx public within a year.

He says he will consult widely with Tynwald members and seek the views of those 'at the coal face' - forming focus groups in business sectors and the wider community.

He says newly-elected members' lack of political background will be countered by the 'wealth of experience' they offer.

Mr Quayle says his government will listen - and communicate: