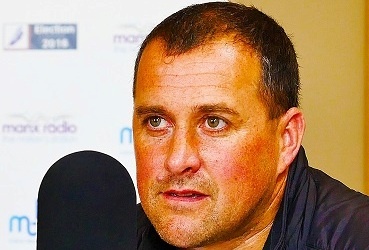 An aspiring Ramsey MHK has defended controversial comments he posted on social media.

Former sidecar racer Nick Crowe pledges to be a 'ruthless politician' if elected and ship out the deadwood in government - wanting anyone earning more than £100,000 a year sacked.

He's sparked a stir on Facebook with his views about muslims and homosexuals, though.

But he refused to withdraw the remarks when pushed on them:

Mr Crowe had called for a ban on Islam in Western Europe and branded the last administration a 'gay government'.