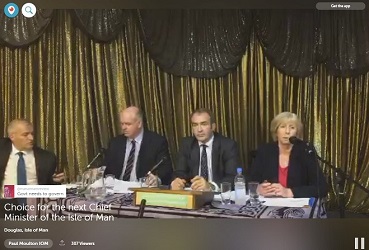 An influx of online viewers at last night's chief minister's debate has raised questions about the potential of telecasting Tynwald chamber proceedings.

Over 300 residents tuned into the hustings between 7.30-9.30pm, which was streamed live via the Periscope app by video news service MTTV.

Each candidate expressed their joy at the level of interest - and this audience member says it proves the case for broadcasting more parliamentary business: