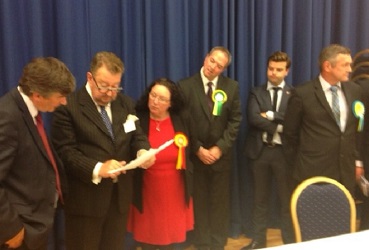 The election has produced a complete change of guard in Ramsey.

Chief Minister Allan Bell's departure opened the door for a newcomer - and through it marched local doctor Alex Allinson who won a comfortable victory, polling 2,946 votes.

In second place, Lib Van's Lawrie Hooper - he finished well ahead of long standing MHK Leonard Singer who was pushed into third place almost 600 votes behind him.

Dr Allinson said the figure suggested Ramsey was passionate about politics - and thanked the community for putting its trust in him: