Minister to bow out of politics 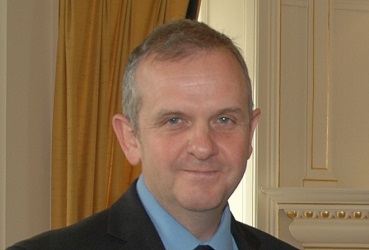 Richard Ronan stepping down from Keys

The Castletown MHK, who's served in Keys since 2011 and DEFA since 2014, will not seek re-election in September's general election.

It's the end of a 12-year stint in politics for Mr Ronan, who was on the board for Castletown Commissioners prior to entering national politics.

A joiner by trade, he says he's keen to explore new business ideas and spend more time with his family - pointing out that he never intended to be a 'career politician'.

Having initially run for office as an 'angry man seeking change', the 53-year-old expressed satisfaction at the reforms he's enacted in government - including a housing review for Castletown and the implementation of DEFA's flagship Food Matters strategy.