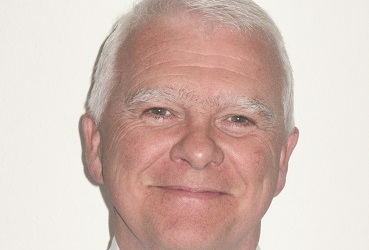 Married: Yes. Married to Angel a Former Head of School.

Place of Birth: Wigan. My parents had had to find work in England. We returned home to The Isle of Man when I was about 4 years of age.

Previous political experience: I served as Private Secretary to The Lieutenant Governor of The Isle of Man, when he was The President of Tynwald.  I also served in The Ministry of Defence as a Staff Officer. I was Honorary Consul to the Isle of Man Government in Thailand.

Why this candidate wants to be a member of the House of Keys: With not only a sound Manx heritage but also having gained much experience in the UK and working internationally, I believe that I have developed many skills in leadership, negotiation, policy formation and analysis, which will allow me to offer a very competent contribution to our Government here in the Isle of Man. At a time when the Island faces a number of difficult challenges, I believe it is right to stand and raise the issues that are of concern, to speak about the topics that some might feel uncomfortable raising and to do one’s best to restore the way of life we used to take for granted but which is now under threat. I believe that is it not enough to just oppose the issues with which one does not agree, but to offer a positive alternative in debates and discussions, to help the government find positive, satisfactory solutions to the challenges that we face. If elected I will do my best to tackle the main issues that are having an  effect on the people of Douglas West, Douglas and the Island as a whole, many of which are outlined in my manifesto and on my website. I believe that we need to restore a balanced and fair society in which everyone, wherever possible, contributes something to the well-being of our Island.