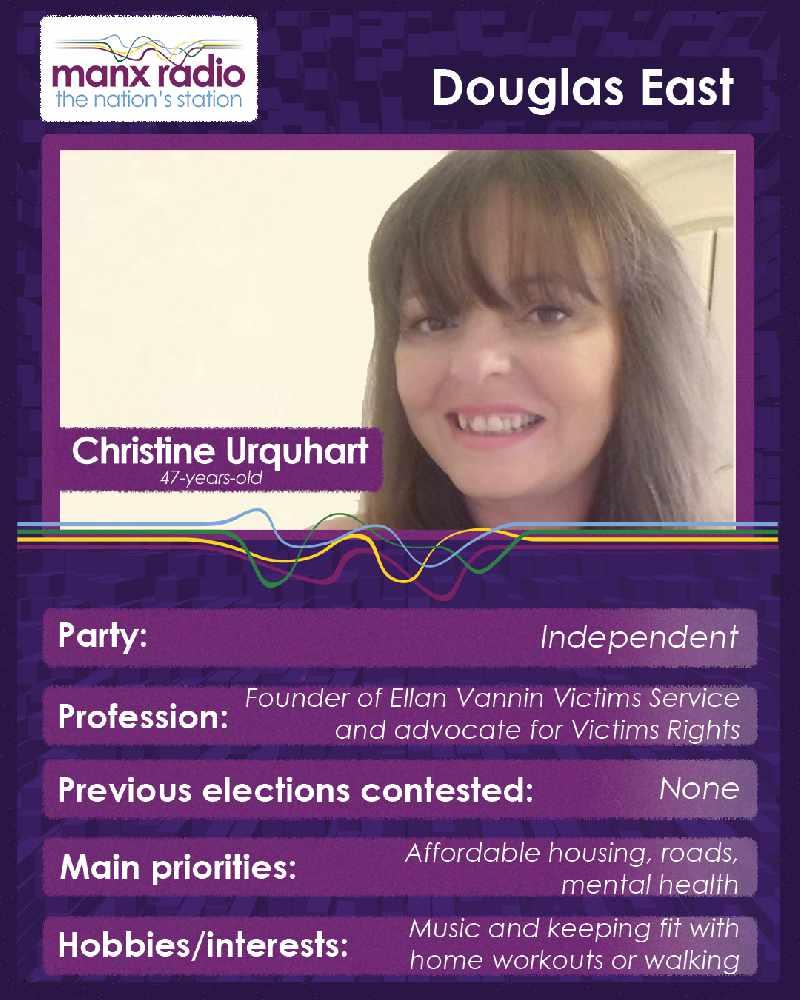 Christine Urquhart is an independent candidate and this is the first time she's stood in a General Election.

She's a founding chairperson of Ellan Vannin Victims Service and an advocate for Victims Rights.

She has two sons and a 10 month old kitten called Talon, and in her spare time enjoys music of all genres, going to live gigs and keeping fit with home workouts and walking.

Christine says: "My aim is to bring the people back into the politics of the island. To make your voice count, be heard, and be actioned upon. After all, we are here to serve YOU!"

She also added Douglas prom, health and social care, the Sexual Offences and Obscene Publications Bill, affordable childcare, NSC flumes and a victims commissioner for the Isle of Man.