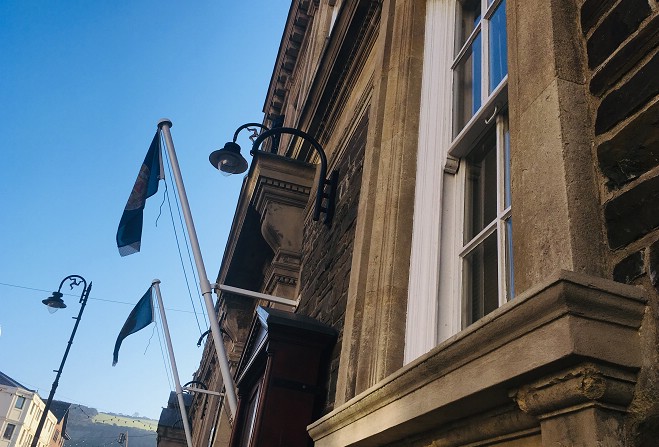 Members discuss approach to tenants behind on rent

Councillors have clashed over whether or not the provision of public sector housing is a social service.

The debate took place in the Douglas Council chamber as members discussed tenants in rent arrears.

During the coronavirus pandemic, the authority made the decision to cancel the rent retrieval process and said it wouldn't be pursuing legal action against those in debt.

However, Natalie Byron, who serves St George's ward, was at odds with Council Leader David Christian over how the authority approached the issue.

Despite Mr Christian repeatedly saying the council had acted with 'compassion' throughout, Ms Byron claimed certain factors hadn't been taken into account.

She believes those with mental health problems may have been scared to discuss their debts, even though the council said tenants wouldn't be evicted.

"We are not a social service", Mr Christian said repeatedly in the chamber.

"In the past four years it's come on considerably [dealing with social housing] and since the pandemic [the council] have really stepped up their game.

"They're starting to treat it more like a social service, which is my aim."

With around 2,300 homes, Douglas Council is the largest provider of public sector housing on the Island.

Although most tenants who are behind on their rent are on payment plans after talks with the authority, six people have yet to make contact.

"As I said in council, the clue's in the title - it is social housing", Ms Byron continued.

"I'm not asking them to give counselling, do their shopping for them; I'm asking them to be considerate of their situation, their vulnerability and that's all."

Mr Christian claims no matter how hard the council tries to help, there will always be some tenants wh 'play the game' and refuse to cooperate.

Although Ms Byron, who lives in social housing herself, agrees, she is still of the opinion the council has a duty to reach out.

"When they say it's a social service, it's the group of people you're providing to, not provid[ing] every service that's required to that person. Just accommodation."

The St George's ward councillor says progress has since been made on the matter.