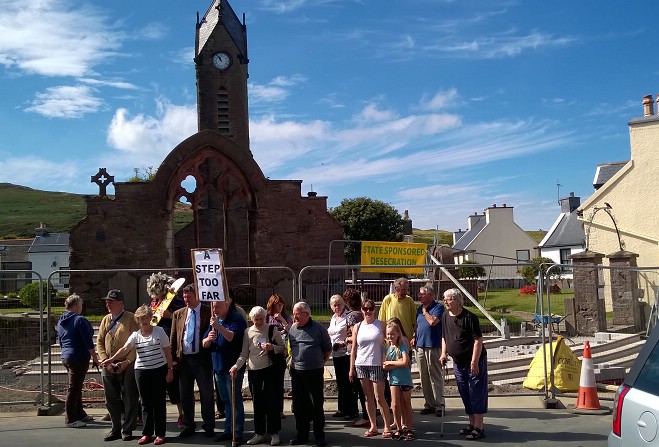 Peel residents unhappy at the new look of the town's marketplace will stage a public demonstration this afternoon (Saturday).

Wide steps have been created in front of St Peter's church where a wall's been removed - as part of a plan to create an attractive 'civic space' which can host outdoor community events.

But the changes haven't found favour with all residents, who say the design of the scheme and colour of the materials do not suit Peel.

Commissioner Hazel Hannan, acting as a resident, has called a protest meeting in the marketplace from 2.30pm - she says it's time to take a stand:

The project is part of the government's Town and Village Centre Regeneration Scheme, to improve facilities for residents and visitors, and attract new investment.

During the work, underground utility services have been replaced and the road reconstructed.