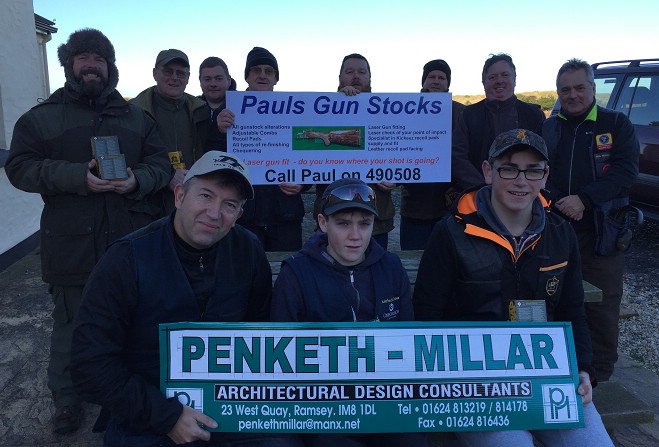 In bright but cold conditions, the event incorporated the third round of the Paul’s Gunstocks sponsored English Skeet Winter League.

The clear winner of the handicap competition was junior shooter Jordan Dougherty who well outshot his handicap to take the win on 83+36 for 119.

The high gun with an impressive 97/100 was Jeff Corkill.

Michael Cross and Marty Kneen were the joint winner of the 50 target league shoot, scoring 48/50. Kevin Oates and Jeff Corkill were joint third with 47.

It was good to see all three junior shooters performing well; Michael Cross winning A Class and joint high gun in the league shoot, with Ted Davis and Jordan Dougherty first and second in C Class respectively. Keep up the good work lads!

This week at Blue Point is the third round of the English Sporting league, sponsored by Chrystals Estate Agents.