Isle of Man Netball reflects on 2020 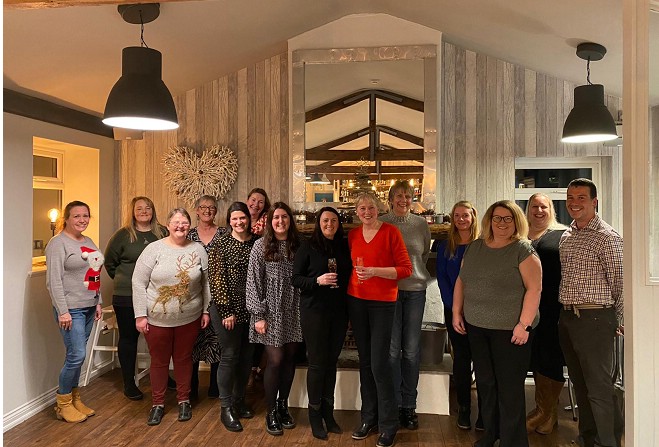 Development of wheelchair netball planned for 2021

While Covid-19 restrictions on sport continue around the world, more than 500 players took to the court for the season.

Pip Cross, President of Isle of Man Netball, says: “For so many people it’s been an incredibly difficult year. While we weren't able to fully complete the 2019/20 season because of lockdown and our Island squad has had events and competitions cancelled, we've been incredibly lucky to be able to be back on court since COVID-19 restrictions were removed on the Island. When you look at other jurisdictions and countries and the strict rules and processes in place, we really are in a unique position here on the Isle of Man.”

Despite the pandemic, it’s been a busy year for Isle of Man Netball. Netball has continued to grow on the Island with more than 1,000 Manx Netball Association members, an increasing number of qualified umpires and coaches, as well as a committed volunteer group.

The year began with The Netball Europe Under-17 Challenge being held on the Isle of Man. A hugely successful event hosted by Isle of Man Netball hosted, that saw the U17 Isle of Man team also took home the silver medal.

Momentum is building with the development of the Island's first men’s netball squad, which now comprises nearly 40 members. Back-To-Netball sessions are encouraging those who are new to the sport to get involved, and walking netball is aimed at those looking for a less impact sport. Plus, the Mixed Business League also took place over the summer months, encouraging local corporates and businesses to enter a team.

Isle of Man Netball celebrated the sport at its Celebration of Netball event in August, where awards were handed out for various achievements including Rising Coach, Club Official, Unsung Hero, as well as Players of the Year and a Long Service Recognition Award. The Junior Awards Night also took place in August.

Lastly, this year there was a significant focus for Isle of Man Netball to create and finalise its board. Bringing different qualities and experience, the board is now in place and tasked with driving netball forward on-island.

Nina Moore, Chair of Isle of Man Netball, comments: “Although not the year we planned, it’s been an incredibly busy year, setting the foundations and developing a board for Isle of Man Netball. I'm extremely grateful to everyone who has joined, and the members within the respective teams and volunteers, who together are working extremely hard to make netball such a great success and sport. We're in a strong position and we've got a lot of exciting plans for 2021.”

Next year it is hoped the Isle of Man squad will be able to travel to compete in international games, which will assist in ranking and improving their current position which is 24th in the world.

Isle of Man Netball is also expanding with wheelchair netball, ensuring the sport is as inclusive as possible.