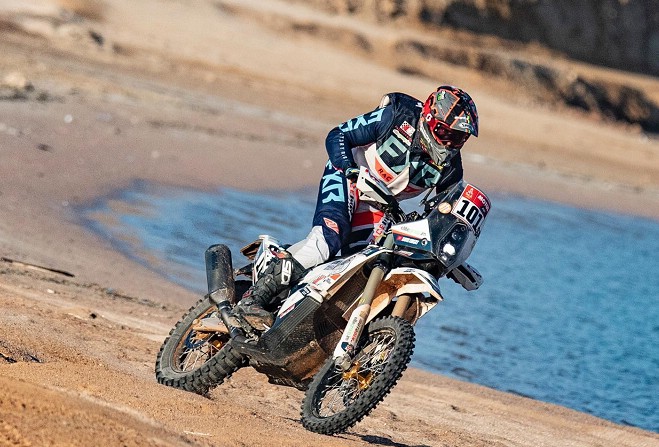 Five-hundred-and-seventy-nine kilometres later and stage 9 of the Dakar Rally is complete with David 'Knighter' Knight describing it as his favourite round so far.

The Manx man is steadily working his way up the rankings.

At the end of stage 5, Knight was sat in 38th place but has since rocketed up to 19th.

Knight says it was an enjoyable round:

The other Manx racer who was in the running was Jamie McCanney.

However, his rally came to an end early after his bike suffered a technical issue.

You can find the full results of the Rally so far here.