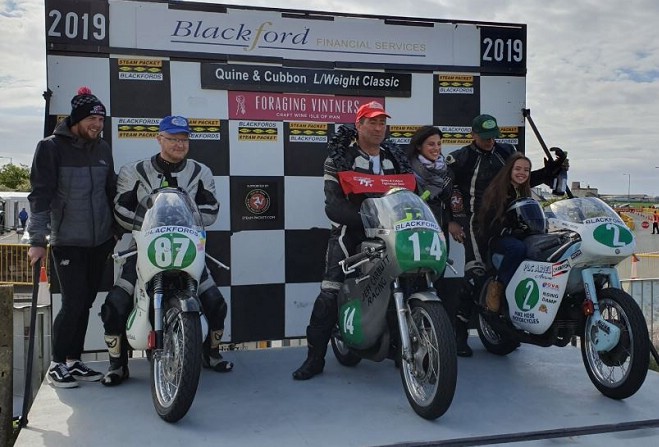 Road racing fans have witnessed some cracking action in the Pre-TT Classic this morning.

Jeff Ward won the first of them, the 250cc Classic, picking up a maiden Billown Circuit victory in the process.

He spoke to Chris Kinley afterwards:

Finally, just before midday, Rhys Hardisty was first over the line in the Post Classic Junior Superbike.

More results, details and video footage can be found on the Manx Radio Motorsport Facebook page.

Racing is due to resume at 1.25pm, with four more scheduled for this afternoon.

Full coverage can be heard on Manx Radio's AM1368 frequency, 87.9FM around the course, online at manxradio.com and via the smartphone app.