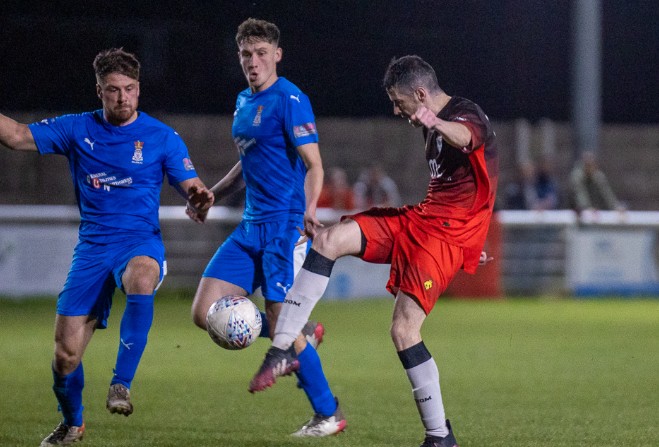 It was another tough midweek lesson for FC Isle of Man last night (20 September) as they suffered a 3-1 loss away at Irlam in the NWCFL Premier Division.

The Ravens found themselves 1-0 behind at The RG3 Digital Stadium after 19 minutes when Millen Brown put the hosts in front.

But just two minutes into the second half the Manx side got on level terms as Ciaran McNulty calmly slotted home with his first goal for FC IoM to make it 1-1.

However, the home outfit restored their lead in the 70th minute thanks to a cool finish from Saul Henderson.

As FC IoM pushed hard for an equaliser, Irlam then made sure of the points on 89 minutes when substitute Danny Okunz Fumi got the hosts' third as the Ravens committed more bodies forward.

The result means FC Isle of Man drop to 17th in the league standings out of 22 sides, with five defeats in their last six matches.

Speaking to FC IoM's official website at full-time, McNulty believes there were positives to take despite defeat and is urging fans to keep the faith that better results will come: