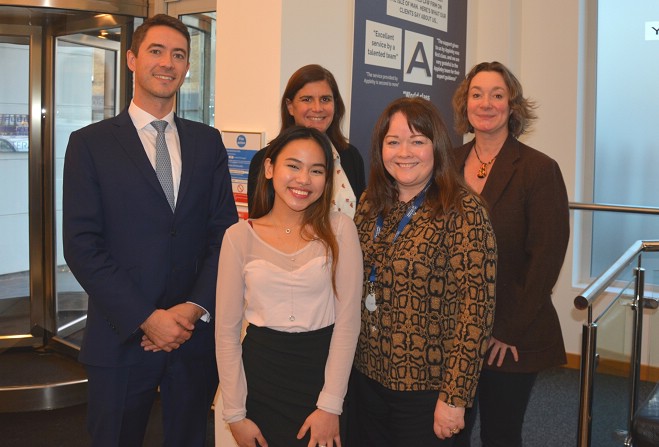 Shanne Gutierrez has been announced as the winner of the Appleby Academy 2019/20, earning a ten-week paid summer placement with the offshore law firm.

Finnola Martin from Castle Rushen High School was announced as the runner-up.

The Appleby Academy, launched in 2012, is run in partnership with Junior Achievement Isle of Man.

Each year Appleby invites Year 13 students to take part in the 12-week programme, where they work alongside a mentor from Appleby’s Isle of Man office to produce a report based on a real-life business scenario.

The top four students then present their ideas to a panel of judges, for the chance to win a summer placement at the firm.