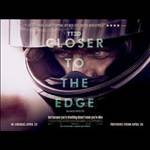 The TT meets Hollywood in London this evening (Thursday).

Legendary commentator Murray Walker is hosting the VIP event, which is being attended by leading TT riders Guy Martin, Ian Hutchinson and Michael Dunlop, along with many leading figures from the film, business and motorcycle industries.

It was hoped an 'official' ride out of around 250 motorcyclists could take place from the nearby iconic biking venue 'The Ace Cafe' in North London to the Westfield, but cafe owner Mark Wilsmore says it has been scrapped because of safety concerns (play audio file):

The film had its world premiere at the Belfast Film Festival last night (Wednesday).