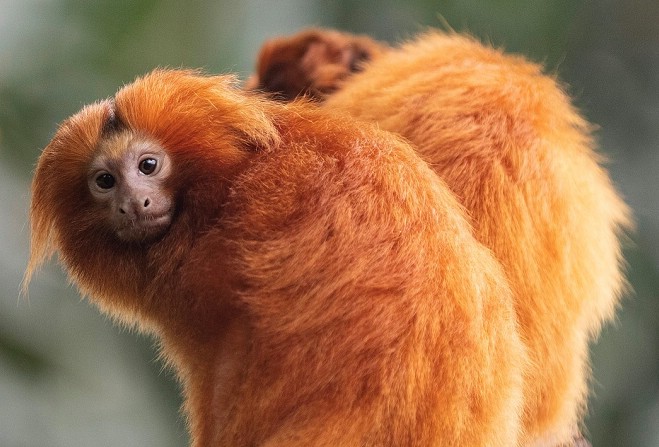 Two endangered Golden Lion Tamarins have been welcomed to the ranks at Curraghs Wildlife Park.

The small primates stand at less than 10 inches tall and sport a shock of golden-red hair.

Coming in from a French zoo, the pair were supposed to arrive in April, but their trip was delayed due to the outbreak of Covid-19.

Originally the Tamarins, also known as Golden Marmosets, are native to Brazilian rainforests where 95% of their habitat has been lost to deforestation.

The species was near extinction in the 1970s, but now there are an estimated 3,200 left in the wild.

It's thought this is largely down to conservation efforts.

Written permission was granted by the Brazilian Government to bring the animals here, as "all golden lion tamarins are owned by Brazil."