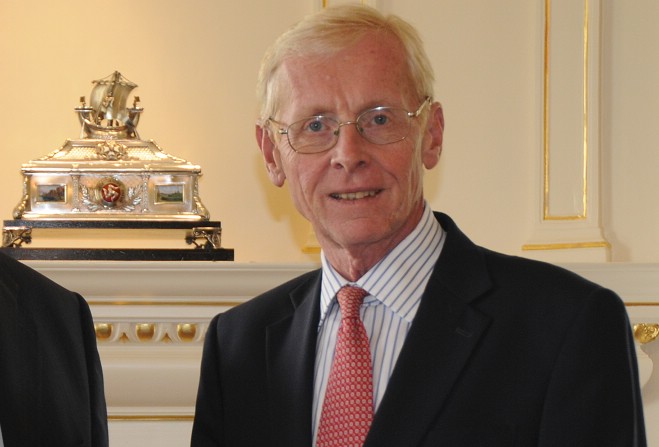 Previously unseen notes from the Thatcher administration show an unlikely link between a US civil rights icon and the Island's Lieutenant Governor.

The recently released files concern a 1990 meeting between the Prime Minister and Rev Jesse Jackson, at the height of Apartheid in South Africa.

Thatcher is said to have 'agonised' with cabinet advisors over the implications of meeting the controversial figure, just days before Nelson Mandela was released from prison.

Among those advisors? None other than Sir Richard Gozney, at the time a private secretary to the Foreign Office.

An exchange of memos and press clippings demonstrate suspicions - with the diplomat warning against 'granting [Jackson] a favour he has not yet earned'.

He does, however, go on to praise the Congressman as 'a figure of considerable importance' and 'a symbolic figure for the black community'.

Sir Richard left his post in 1993, before becoming the British High Commissioner to Swaziland - and being knighted in 2006.