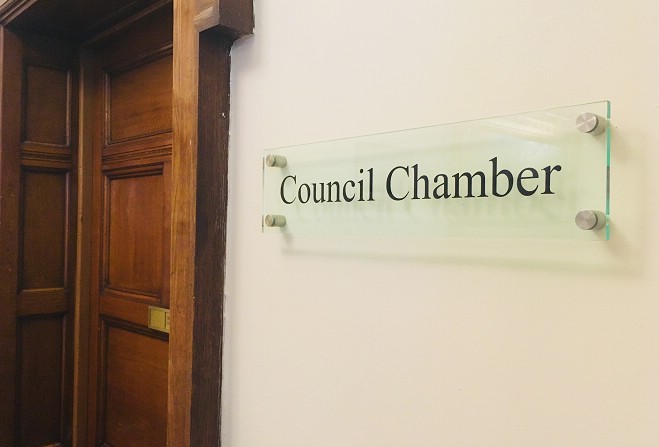 Douglas Council set out its stall for the next financial year today, announcing a 2.5% increase in rates.

The changes mean ratepayers will have to pay 444 pence in the pound come April,  a rise of 11 pence.

The property tax is levied to fund services provided by the local authority, and is based on the historic rental value of a home.

Councillors approved the budget and the new rate at a special council meeting today (29 Jan).

In a speech, council leader David Christian said the authority was on the brink of change, with local elections due in spring.

He reflected on the passing of the decade, and praised the 'bold decisions' taken in this time to protect ratepayers against greater increases.

These include the transfer of the horse trams, the Bowl, and the Villa Marina to central government, which is claimed to have saved £2 million on the rate-born costs.

The leader stressed external issues, such as the imposition of a government pay award (£227,000), and rising waste costs had left their mark on this year's rate.

Rebates for those businesses affected by the promenade scheme, and the impact of new equality legislation on staff contracts were also to blame for the rise.

The budget did not pass without challenge though, as councillor and green party member Falk Horning proposed an amendment.

He called for the roll out of alternate weekly bin collections, including a new garden waste collection service, with new bins costing up to £105,000.

To fund this, Mr Horning planned to table a second amendment to drop plans for a nine-hole crazy golf course at Noble's Park.

The amendment was put forward in a bid to reverse the council's low recycling rate of just seven per cent.

His proposal was voted down by all councillors bar Andrew Bentley and Natalie Byron, due to the cost and the fact many questions about the scheme remained unanswered.