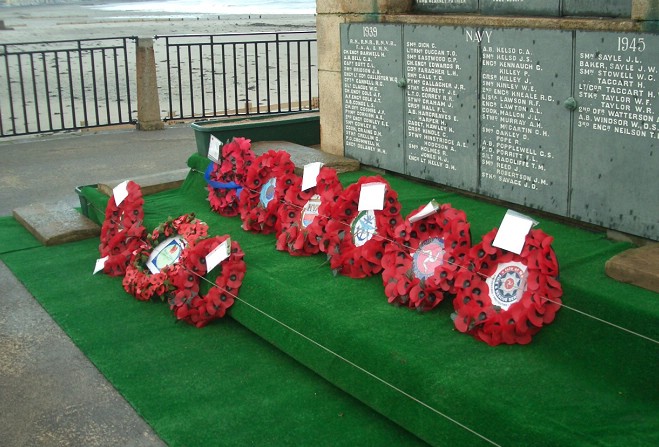 Two minutes silence to be observed

The Isle of Man will remember those who have fought for their country at services across the island today, Remembrance Sunday (November 13).

Two minutes silence will be observed at 11 o’clock this morning, including in Douglas where there will be a parade through the town to St Thomas’ Church for a church service, co-ordinated by Canon Philip Frear with the Archdeacon Andrew Brown offering prayers.

Wreaths will then be laid at the Douglas war memorial.

The island’s national service at the Royal Chapel in St John’s at 3pm is due to be attended by Lieutenant Governor Sir Richard Gozney and Chief Minister Howard Quayle.

In Ramsey, a service will take place at the war memorial in Parliament Street at ten to 11 (10.50am), and at six thirty this evening, the Ramsey branch of the Royal British Legion will hold a celebration of the poppy appeal at the Trinity URC Church on Waterloo Road.

There will also be short services in memory of those who have died serving their country at the war memorial in the Laxey Valley Gardens at 10.50am; in Castletown Square – preceded by a service at the Methodist Church on Arbory Street at 10am – and at St Peter’s Church in Onchan, again followed by wreath-laying at the war memorial.

In the west of the Island, a remembrance service will be held at St German’s Cathedral in Peel at three o’clock, in All Saints Church in Lonan at two o’clock and at Rushen Parish Church at 11am.