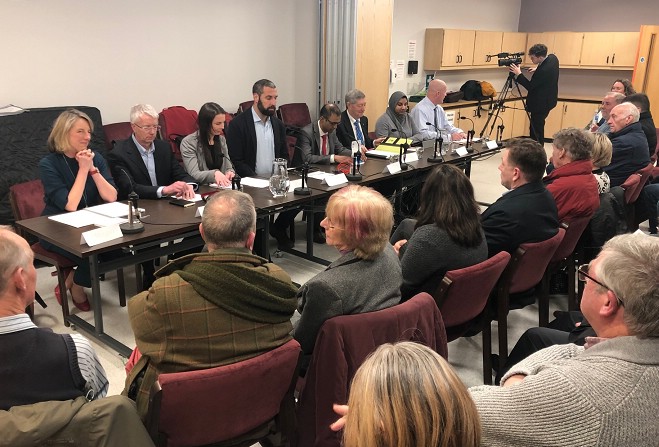 Candidates for Thursday's Legislative Council election were on the receiving end of a grilling from the public last night.

Liberal Vannin hosted a Q&A session at the Manx Blind Welfare headquarters in Onchan, which was almost full to capacity.

Current MLC Tim Crookall has already withdrawn from the running.

The candidates were questioned on a number of topics, from pensions schemes and healthcare structures, to whether MLCs should be publicly elected and whether or not they would accept a departmental role.

The four successful nominees will serve a five-year term ending in February 2025 - decided by the House of Keys at 2:30pm this Thursday.