Manx airspace and ports closed to Russian aircraft and ships 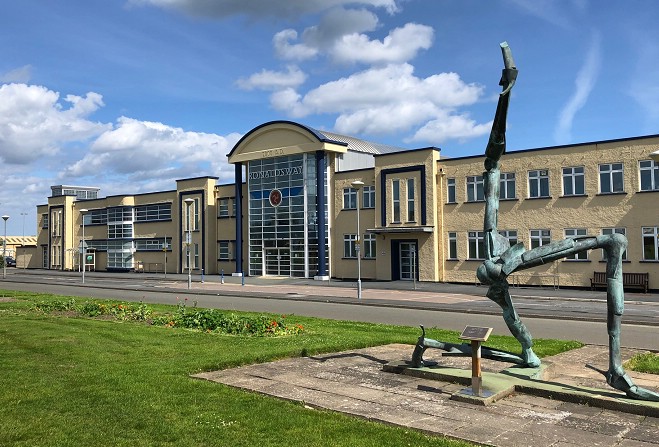 Manx airspace and all Isle of Man ports have been closed to all Russian aircraft and ships until further notice.

The chief minister announced the measure in the House of Keys this morning, in light of the Russian invasion of Ukraine.

A series of sanctions had already been announced by the Manx government - when a person or body is added to the UK list they are automatically subject to equivalent measures on the Island.

Meanwhile, applications for Ukrainians that wish to come to the Isle of Man can be made through the UK visa and immigration services.

As a first step, visa rules will be relaxed in the UK to allow people to bring over immediate family members who're fleeing the conflict - a move the Isle of Man is to mirror.

Alfred Cannan condemned the actions of Russian President Vladimir Putin and says if the Island can do more, it will:

A dedicated email address ukraineguidance@gov.im has been set up, to help those seeking visas and further advice.

The Isle of Man has also dedicated £500,000 to an upcoming appeal by the Disasters Emergency Committee - an umbrella group of UK charities - to support Ukrainian refugees.

You can listen to the chief minister's full statement below: