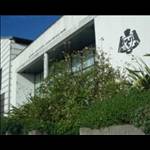 An inquest has opened into the death of a 72 year old Braddan man.

Alan Pike of Spinney Close, Saddlestone, was discovered hanging in his home by his wife on April 29th.

A post mortem confirmed death was due to asphxia as a result of hanging.

The inquest was told Mr Pike had been receiving medication for depression,

Coroner Michael Moyle said as someone who knew Mr Pike, his death had come as a complete shock and surprise.

He extended his deepest sympathy to Mr Pike's family and friends and adjourned the inquest for further enquiries.