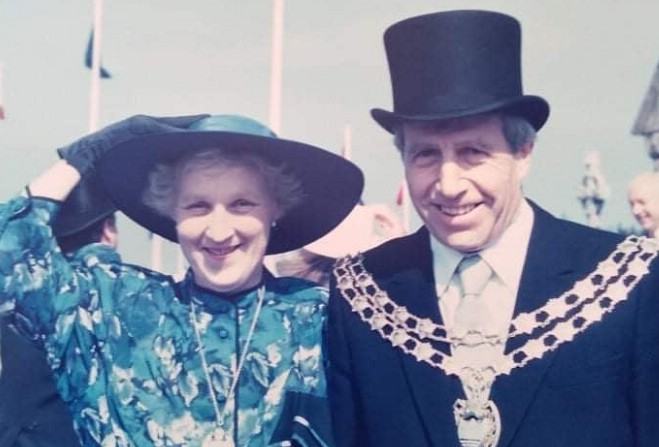 Derek Cain along with his wife Melville Cain at Tynwald Day

Tributes have been paid following the death of retired pharmacist and former chairman of Castletown Commissioners, Derek Cain.

Mr Cain, who served the people of Castletown as a member of the local authority for more than 30 years, passed away recently from coronavirus.

As a mark of respect, flags at the old capital’s town hall have been lowered.

Described as a ‘loving and good humoured’ man by his family, tributes have been paid to Mr Cain from all quarters.

Current chairman of the board Richard McAleer says it’s ‘very sad news indeed’, and says his thoughts are with Mr Cain’s family.