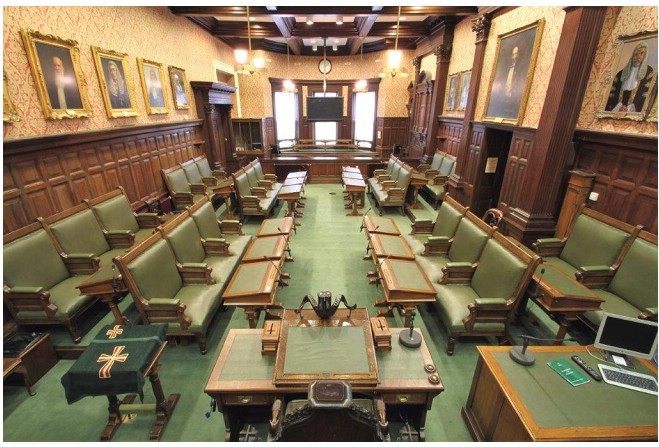 Mobile phones in school and Election Day among topics

There are 12 questions for oral answer, and a further four for written reply at this morning's sitting of the House of Keys.

Perusing this week's Order Paper for the Chiare as Feed, you'll see a range of questions from largely familiar voices - those 16 questions come from just five MHKs.

Ramsey MHK Lawrie Hooper and Julie Edge of Onchan also have pensions queries, and there are questions for the education minister from Ms Edge and Garff MHK Daphne Caine.

Mr Hooper will also ask the minister for policy and reform if he's considered making the day of the Isle of Man General Election a national holiday.

Finally, Clare Bettison of Douglas East has a question for the infrastructure minister about the horse trams on Douglas promenade, and a query about the Year of Our Island £5 coin.