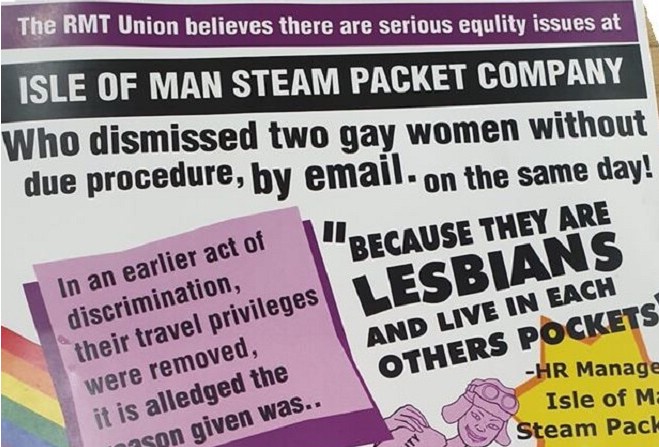 The RMT union is to meet with Steam Packet officials later this month, in the row over the dismissal of two gay employees.

The Manx National ferry company has dismissed the allegations as "absurd nonsense".

But the Union is pressing ahead with its claims.

The RMT says correct procedures were not followed in the case of their Liverpool worker. They have produced a flyer, claiming the women were told "they were lesbians and lived in each others pockets".

The Steam Packet has rebutted the claims but, in a letter sent to members and seen by Manx Radio, they are due to meet RMT officials on November 14th.

Mick Cash, General secretary for the RMT states their Liverpool Branch says charges against their member have been trumped up and the company has not followed correct procedures in respect of the case.

The employee, says Mr Cash, has been employed for 6 years and never faced any previous disciplinary proceedings.