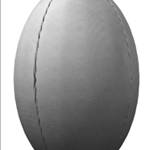 Jock Waddington has done it again!

He has won the Scottish Widows Parish Walk for the third successive year.

In difficult conditions caused by the heat, he finished in a time of 15 hours 18 minutes and five seconds to cap another impressive achievement – the third fastest time in parish history.

After his success in the golden jubilee event, Waddington is only the third competitor to have won the race three years in a row.

In the end, Waddington was nearly forty minutes ahead of second placed Vinny Lynch.

Maureen Moffatt was second, while Marie Gilbertson and Samantha Draper crossed the line at the same time to finish joint third.