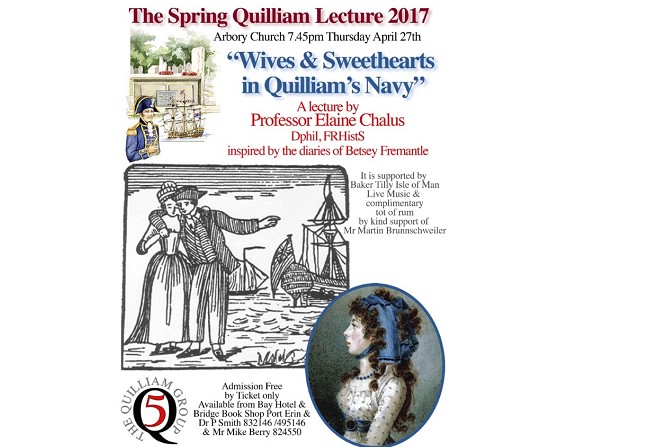 The viewpoint of women whose men folk served in the Royal Navy at the turn of the 18th and 19th centuries, will be the focus of a unique talk in the Island next week.

It's been organised by a local naval history group set up in honour of John Quilliam, a farmer's son from the Isle of Man who served alongside Nelson on HMS Victory during the Battle of Trafalgar.

Naval battles and tales of derring-do are usually the topic of the Quilliam Group's annual lecture.

But this year, the lives of officers' loved ones is in the spotlight.

Professor of History at Liverpool University Elaine Chalus will give the spring Quilliam lecture, 'Wives and Sweethearts in Quilliam's Navy', at Arbory Church on the evening of 27 April.