Work at last on Douglas Promenade 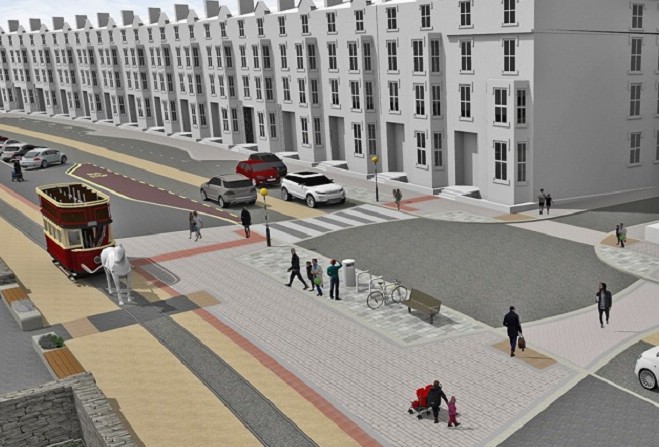 Date in stone for regeneration

The long-awaited makeover of Douglas Promenade will finally get underway on Monday, 17 September.

Plans to transform what is often called the 'gateway to the Island' have been in the pipeline since at least 2011, when the first public consultation on regeneration was launched.

The case for redevelopment goes back even further.

Now after years of compromise, argument and debate, ground will officially be broken on the Island's busiest stretch of road at the beginning of next week.

The first step will be 'preparatory and enabling works', starting with resurfacing the road at Port Jack, as well as removing benches and other street furniture.

It's not thought the first phase will cause significant travel disruption.

Plans are still in development by the Department of Infrastructure, with the timetable for construction works and traffic controls yet to be published.

The scheme is set to take four years to complete, at a cost of at least £21 million.