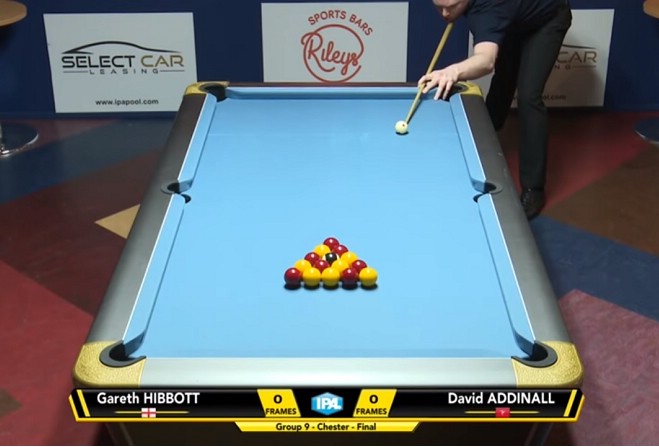 He's playing in the latter stages of the International Pool Player's Association 'Champions Cup', in his first full season as a professional.

Addinall caused a major upset in April, beating fellow newly-turned pro Gary Clarke in the deciding frame of their last 64 match, before defeating 2016 World Champion Gareth Hibbott 6-4 to book his place in the last 16.

Addinall will now play Toby Bolt, who is also a shock qualifier for the latter stages after he beat current World Champion Ben Davies in the deciding frame of their round-of-32 match.

The Manxman will remain confident, though, and showed he can compete with the very best in the world after missing just one pot in ten frames against Hibbott.

Addinall told Manx Radio he was very pleased with his form in the earlier stages of the competition.

You can watch his last 16 fixture live from 7pm tonight on Freesports TV - Sky channel 424, Freesat channel 252, and Freeview channel 95.

The tournament winner will receive a cheque for £5,000.