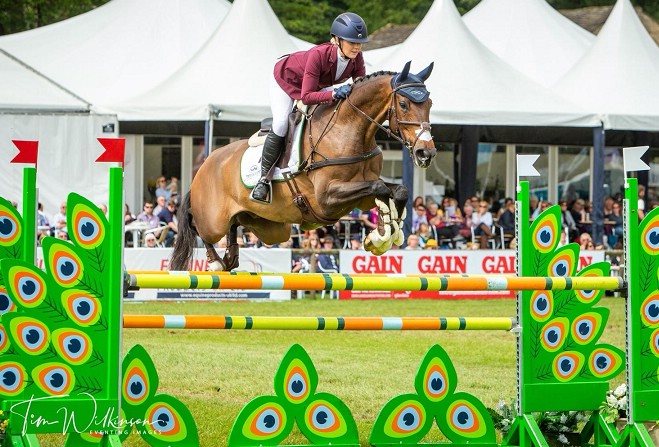 Local equestrian star Yasmin Ingham secured a clean sweep of British eventing championships at the weekend, by adding the under-25 title to her collection.

She was competing in the CCI4*Long under 25 class at the prestigious Bramham International Horse Trials near Wetherby in Yorkshire, riding Sandman 7, a horse owned by Island resident Sue Davies and her daughter Janette Chinn.

Yasmin and Sandman 7 were leading after the dressage and cross country phases, which took place in the worst weather conditions Yasmin has ever ridden in.

They made the 6,500m cross country course over undulating ground extremely difficult to complete within the optimum time of 10min 42 seconds.

Only Yasmin and Ireland’s Cathal Daniels - a silver medalist from last year's World Equestrian Games - completed the course without penalty and within the optimum time.

This left Yasmin with a slender lead over Britain’s Will Rawlin and Daniels going into the showjumping phase on Sunday morning.

There were fewer than four penalties separating the three, and each rider had to jump a clear round to maintain their position.

After Daniels and his horse, Rioghan Rua, did so, the pressure was on Yasmin, who was the final rider to jump.

Sandman clipped a rail in a treble combination, which changed the final positions around, but as Daniels is Irish, Ingham, finishing in second place, was the highest-placed British rider, giving her the title of British champion.

Yasmin's domination of the youth sections of eventing began in 2013, when she won the national under-16 championships, riding Craig Mor Tom.

She went on to win double European gold medals in the same year.

Yasmin then took the under-18 title in 2015 riding Imperial Cavalier and last year won the under-21 title on Rehy DJ.

No rider had achieved a clean sweep of national youth titles in the history of British eventing before Yasmin managed it.