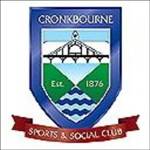 Wi-Manx Mixed Hockey Premier League leaders Bacchas "A" face their own "B" team in a club derby at the National Sports Centre on Saturday afternoon.

That's after Bacchas "B" beat Vikings "B" 6-0 on Thursday evening to move into third in the table.

With everyone now having played each other, the league is split in half with the top four competing against each other for the remainder of the campaign.

Champions Valkyrs "A" could be tested by Vikings "A" who ended the 100% record of Bacchas "A" last Saturday with a 2-2 draw gaining them the point they needed to qualify for the top four.