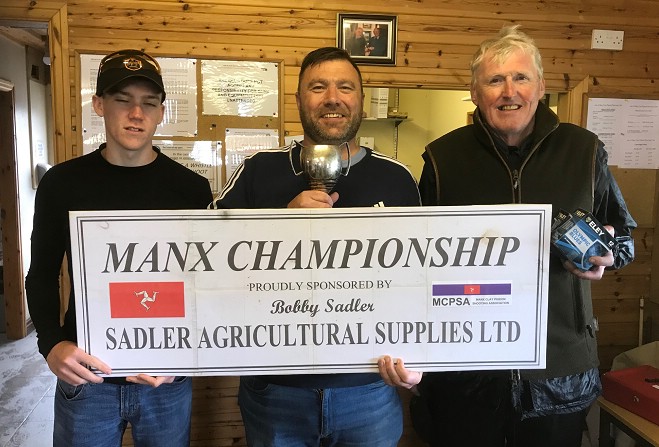 It was another busy week at Meary Veg, with three competitions taking place.

The last of those, held on Sunday, was the most significant.

James Bradley was the winner after the four rounds, finishing one point ahead of Michael Cross, with Dave Clague a further point back in third.

That brought to a close a busy week of competition.

Earlier in the week, on Tuesday evening, 16 shooters contested the third round of the Dave and Pam Corlett Pro Sporting league in near-ideal weather.

lan Wade won with a score of 45, with Dave Corlett and Michael Cross in equal-second place on 42.

On Saturday afternoon it was the third round of the Tower Insurance DTL league with 19 competitors taking part in breezy, dry conditions.

Once again, Alan Wade took the win, only second-barrelling once on his was to a final score of 50/149.

Mark Riley was second with 49/145, with Neil Parsons and Peter Kelly equal-third.