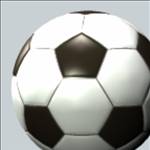 St George’s exacted revenge clinically on Saturday against the only side to have beaten them in league football over the past two and a half years.

Chris Shimmin notched the consolation for the southerners, who were 1-0 winners over St George’s in the reverse fixture earlier in the campaign.

A hat-trick from Ashley Webster kept Laxey in the title mix.

The Miners produced a super second half showing with an own goal and Jackson Brown adding to their tally to overturn a half-time deficit against Union Mills.

Steven Halsall had given the visitors a half-time lead.

Old Boys also came from behind at the break with a Lee Gartland double firing them to a 2-1 win at Corinthians and fourth spot.

The hosts had led through Lewis Griffiths.

Bottom club Marown secured their first points of the season to give themselves a glimmer of hope in the fight against the drop.

A Niall Quayle strike, plus an own goal, gave them a 2-1 home win over Castletown, who replied through Ash Sansbury.