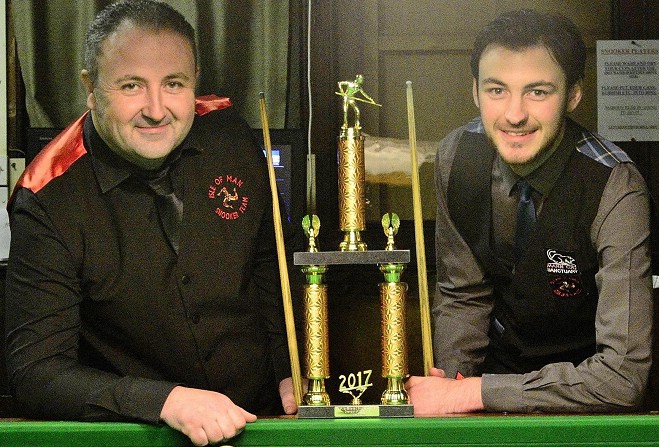 Who will be crowned Champion of Champions?

The semi-finalists for this year's Fowler and Co. Champion of Champions Snooker were decided this weekend, and there were some surprise results.

Defending Champion Sean Corkish was knocked out at the quarter final stage, defeated 4-1 by an in-form Peter Crellin, who registered a high break of 60.

Corkish had looked strong beforehand, with a 3-0 win over Zain Abideen in the last 16 - meanwhile, Crellin had beaten Gary Conwell 3-1.

Multiple-time Island Champion John Kennish had perhaps the easiest run, winning 3-0 and 4-0 to canter into the semis with breaks of 64 and 50.

Chris Dagnall battled hard to overcome Paul Smyth in the last 16, 3-2, but couldn't hold onto Kennish who showed glimpses of his high-scoring capabilities to progress comfortably.

Stephens was arguably the top performer of the weekend, though - a rank outsider in the eyes of many, he defeated scratch player Paul Smith 3-2 in the last 16.

In most competitions, Stephens would be given a 35-point head start, so this was a great result for him to win off a level playing field.