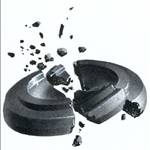 Fourteen shooters turned out in damp miserable conditions for the third round of Ayre Clay Target Club’s English Sporting Summer League at Blue Point on Sunday, kindly sponsored by the Trafalgar Hotel of Ramsey.

Kevin Oates shot an almost perfect score of 49/50 to take the overall high gun and the A/B class prize.

Second in A/B was Jake Keeling, scoring 44 with Glenn Catlin in third on 40.

C Class was won by Terry Moffat with a score of 38 from Ted Kermeen on 33 with Brian Mylrea third on 32.

Junior shooter Jack Kneen, competing on his 13th birthday, shot well with a score of 33.