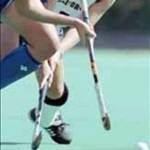 The race for the Wi-Manx Mixed Premier Division remains on a knife edge.

Bacchas A stayed a point clear at the top on Saturday after defeating their B side 4-0, thanks to goals from Karl Moore (two), Andy Whiting and an own goal.

However, reigning champions Valkyrs A remain hot on their heels after defeating rivals Vikings A 6-3 in a goalfest.

A Russell Miller double and one apiece from Chris Caldwell, Ollie Webster and Julian Colley, plus an own goal, did the damage.

It was a good day for Vikings as their B side sealed their first win of the season.

Kat Gatherer (two) and Ieuan Evans scored as they saw off newly promoted Valkyrs B 3-1.

Their strike came from Neil Jacobs.

Ramsey A enjoyed a 2-0 win over Celts, courtesy of goals from Matty Grice and James Aitchison.