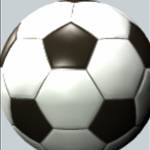 Following a goalless first half, Jamie Moffitt and Chris Druggan found the net for Ramsey with Josh Kelly and Aaron Hawley on target for Rushen in an entertaining draw.

Kieran Quinn and Andy Glover fired the newly promoted side into a 2-0 lead but the Saints hit back to move into second place thanks to a Steve Priestnal double – one in each half.

Early substitute Ryan Burns set the westerners on their way before Daniel Lace gave them a 2-0 interval lead.

Two fine finishes from Daniel Bell and one from Kerron Christian completed their scoring.

Nick Bowden scored both for Gymns.

A hat-trick from Kane Riding three inspired them to a 7-2 victory.

Chris Cannell, Max Kneale and Blane Slattery (two) were the other marksmen for the home side.

Mark Wolfenden grabbed both for Town.

An Ashley Webster hat-trick helped Laxey to a 6-1 win over Ramsey Youth Centre.

Johnny Callow, Dan Kewley and Jamie Clague netted the others.