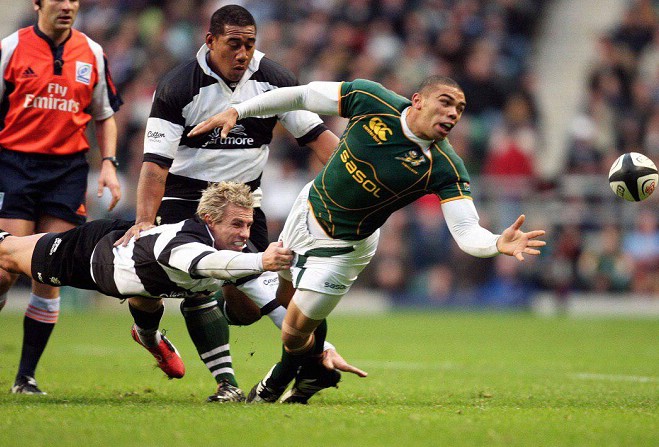 One of the most iconic names in rugby will make an historic trip to the Isle of Man later this week.

Bryan Habana, who scored a record-equalling eight tries in the 2007 Rugby World Cup, touches down on Manx soil on Friday.

He lifted the trophy with the Springboks that year as they beat England 15-6 in the final at the Stade de France.

A glittering career also saw Habana add a Tri-Nations title and Lions Series win to his long list of honours, as well as back-to-back European Cups with French club side Toulon.

The 36-year-old was famed for his finishing, ability to intercept and blistering pace that set the global rugby scene alight.

It will be the Johannesburg-born winger's first ever experience of the Island where he will feature at a number of events including a training session and a black tie dinner.

Douglas-based N7 Sports has arranged the visit, as it hopes to grow the local game and inspire more people to take up rugby.