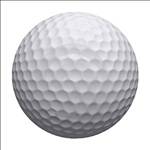 A 12-year-old golfer from the Isle of Man has beaten some of the best of his peers from around the world at a tournament in Scotland.

Herman Loubser of the Mount Murray club was one of 60 players in the age category at the prestigious US Kids Golf European Championship at Gullane Golf Course, East Lothian in Scotland.

In what can only be described as a truly fantastic achievement Herman claimed a tight victory over the 54 holes with rounds of 69, 74, and 76, giving him a three over par total of 219.

That meant he beat Victor Sanchez of Mexico, Stefen Gnyla of United Kingdom, and Matthieu Caron of France by one shot.

Six players were within three strokes of Herman, who is now playing of 4.3 handicap.

The youngsters were playing on Gullane's number two course, which is 5,600 yards and is for players up to 12 years old.

The Vane Horn Cup was played the next day on Gullane's number one course where the top two from each of the categories played.