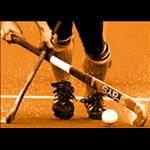 Two of Manx hockey’s top marksmen led the way as the top two clubs in men’s Division One maintained their 100 per cent records on Saturday.

Richard Le Page hit four as reigning champions Bacchas A thrashed Saracens 12-1, and Gareth Morris also struck four as leaders Valkyrs A cruised to a 9-1 win over Vikings B.

And Morris was joined on the scoresheet by Chris Thomas (two), Neil Jacobs (two) and Jon Norrington in Valkyrs A’s success.

Vikings A surprised Ramsey A 2-0, while two goals from the busy Whiting – on target for both Bacchas A and B – and one from Tom Wilson secured Bacchas B a 3-2 win over Castletown.

Castletown A produced the result of the day in women’s Division One as they defeated the leaders Vikings A 4-2.

The southerners made a blistering start, leading 3-0 at the break, and while Kim Carney struck twice for Vikings after the interval, they went down to a first defeat of the campaign.

Champions Bacchas A were 2-0 winners over Phoenix, courtesy of goals from Niamh Goddard and Kelly Shimmin.

Coleen Scott, Janette Pacey and Alison Middleton were the scorers as Harlequins saw off Valkyrs B 3-0, while Valkyrs A and Ramsey A shared the spoils in a 1-1 draw – Andrea Kneen and Ali Breen the respective scorers.