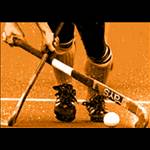 There was local success and success for a number of TT favourites at the Steve Henshaw Gold Cup Road Races in Scarborough on Saturday.

Mark Buckley took the chequered flag from Ian Armstrong and Andrew Bennett in the first heat of the National Superbikes before Martin won heat two from Farquhar and third placed William Dunlop.

The Manx crew of Nick Crowe and Paul Knapton took the opening sidecar honours, 9.6 seconds ahead of Conrad Harrison and Lee Patterson and Greg Lambert and Gary Partridge.

Rivals Palmer and Lougher produced an exciting battle in the first leg of the 125 Stu Reed Trophy Race – Palmer pipping Lougher by 0.6 of a second with McGuinness third.

McGuinness took his sole victory of the day in the eight-lap Phil Mellor 250cc Trophy race.

He finished 4.437 seconds ahead of Dunlop, with Palmer third.

By the narrowest of margins, Lougher then finished 0.217 of a second ahead of McGuinness in the Darran Lindsay 600cc Trophy.

Martin was third, just 0.376 of a second down, followed by Farquhar, Finnegan and Kiaran Hankin slotting into sixth, ahead of Palmer.

Manx sidecar pairing Crowe and Knapton continued their control in the final sidecar race of the day - recording a new lap record and finishing 12.089 seconds ahead of Harrison and Patterson, with Lambert and Partridge filling the final podium position.

The penultimate race of the day, the eight-lap first leg of the National Superbike class, saw Martin finish 13.815 seconds from Farquhar with Lougher third and Armstrong, Dunlop and Bennett in the top six.

The final race of the first day of the 2007 Gold Cup, the National 400cc, was re-run over a straight four laps.

And it was Mick Goodings who beat the lap record in the process of a fine 11.294 second victory ahead of Ivan Lintin and Alex Hutchinson.