On Air After Hours Rhian Evans | 10:00pm - Midnight
Billy Ocean - When The Going Gets Tough Download 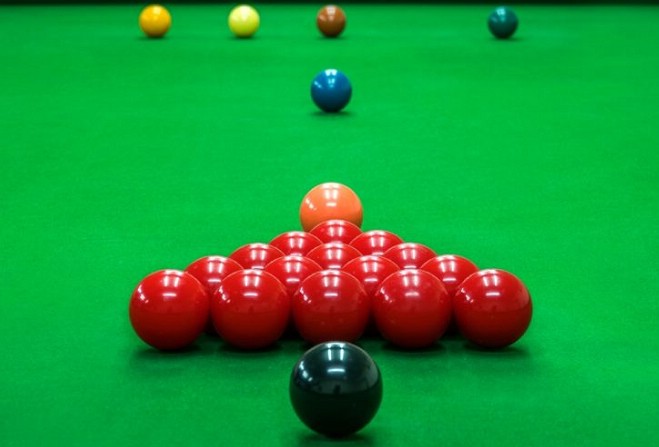 Despite Malew 1's best efforts they could not prevent Newbys DSC taking their match at Douglas Snooker Centre with a 4-1 scoreline in week 12 of the Macs Builders Merchants snooker league, and extend their lead at the top to a very healthy six points. This week's ties were a reverse of last week's.

The Newbys DSC v Malew 1 tie saw three black ball games including one re-spot where the handicaps worked out well. Johnny Myers put Newbys ahead after Tom Collister potted a superb pink but missed as easy black which Myers took, 56-51. Jimmy McDade put Newbys two up 55-34 after fluking a snooker following a lengthy safety exchange with an unusually inconsistent Dennis Quaye. Neither player was at their best in the Calum Gardner v Nick Crouchman game, with Gardner gradually reeling in Crouchman's 42 start. A tense battle on the colours left Gardner needing to pot the black to force a respot which he eventually did and also take the respot. An unlucky night in more than one way for Crouchman who was so close to winning the frame on numerous occasions. With a Newby's win secured, Ste MacDonald and Eric Drinkwater served up another black ball finish after a tactical game with plenty of great pots and safety play. Drinkwater finally pulling one back for Malew using the long extension to roll in the black. Thankfully with the evening dragging on a bit the final frame was the quickest of all between Zain Abideen and Tony Cubbon. Excellent potting from both and Abideen aided by a 20 break winning on the pink after some good safety. Another win for the Newbys, this time 4-1.

On the next table it was DSC Wannabes v Peel Legion. The batting orders had changed slightly and included only one rematch from last week. In the first Paul McInstry caught Peel’s Mike Crook on a very good night, Crook barely missing a pot for an easy 93-46 win. Stevie Cowin then levelled 91-56 against Don Humphries, the latter going in off a potted green having just got the two snookers he needed to get back in it. A twice missed pot on the black cost Fred Corris heavily in the next against Geoff Hall. Hall cut in a nice red then took the unmissable black and went on to a decisive 23 break and a Peel win 63-55. Fourth frame was a rematch of last week and fair to say neither player was as good as their previous encounter, Jim Caley eventually sealing a Peel win 71-42 over late substitute James Teare. In the final frame John Kelly for Peel was much better than last week and an early couple of blacks put him well ahead of Dave Corris. Corris fought back midway but more good long potting and a 20 break saw Kelly home 55-24. 4-1 to Peel Legion who followed up on last weeks win.

Malew 2 v Finch Hill Mob was an away win last week and it was the same this time. Alec Oates put Malew one up 75-36 over Pete Crellin with some good long balls and three fine escapes from snookers, with Crellin apparently feeling the cold! Steve Finnegan (21) levelled 79-50 playing well though opponent Tony Pring didn't do much wrong. Malew went ahead with Jimmy Goodwin winning comfortably 100-75 over a luckless Peter Kirkham. At this point my correspondent went home to get warm and missed his teams fightback, the Mob taking the last two frames David Quayle 50-64 Steve Oates and Mark Quinn 57-83 Lee Hunt. 3-2 to the Mob.

DSC Hurricanes repeated last weeks 3-2 home win over Finch Hill Musicians and are now unbeaten in seven weeks. An in form Jamie Wilson once again defeated Peter Glover by a similar margin 79-47 putting the Hurricanes one up. Matthew Dodd then levelled 103-61 over Paul Smith. In the battle of the scratch players John Kennish edged it 59-47 from Chris Dagnall to put the Musicians ahead. Mike Doherty was leading Steve Munk with just five balls left before Munky produced the highest break of the week (25) with a clearance and force a decider. Chris Murphy finished the job for the Hurricanes with a fairly comfortable 57-27 win over Vinny Dale.

Thanks to Pete Crellin and Nick Crouchman for their contributions. Next week sees the leaders, Newbys DSC at home to Finch Hill Rockets. Sean Corkish retakes the lead in the breaks league on 24 points followed by John Kennish on 23.5 with Tom Miller and Chris Dagnall on 10.5. Zain Abideen leads the individual league with 10 wins and 2 losses from Mike Crook 9 and 2 then Sean Corkish 9 & 3.